Now more than ever, The Stranger depends on your support to help fund our coverage. Please consider supporting local, independent, progressive media with a one-time or recurring donation. Our staff is working morning, noon, and night to make your contributions count.

Thank you and we are truly grateful for your support.

Things To Do All Events Performance Musical Theater

This event is in the past.

The Slate Theater Sodo
May 17–31, Thursdays–Sundays

What has an overabundance of cannibalism jokes, a Game of Thrones-esque body count, and some of the wittiest, prettiest songs you’ve ever heard? Stephen Sondheim and Hugh Wheeler’s gory slice of melodrama Sweeney Todd: The Demon Barber of Fleet Street. The 1979 musical took a 19th-century penny-dreadful monster and transformed him into the embodiment of class-based trauma, framed in a cheerily horrific story of “man devouring man.” The small but impressive Reboot Company’s non-traditional casting upends the “man” while intensifying parallels to our own overheated pop culture. Aside from heightening the camp at times, the casting choices mainly gave excellent actors like Mandy Rose Nichols (Sweeney)  a crack at killer roles that would normally be denied them. Nichols, coldly magnetic, plays up Sweeney’s trauma, flinching when unexpectedly touched, glowering at a creeping societal rot no one else sees.

Event Website
Note: In light of coronavirus news and restrictions on gatherings put in place by Governor Inslee, in-person Seattle events are postponed until at least May 4. Not all hope is lost, though! Check out our comprehensive list of live-streamed Seattle events, or check out our list of Seattle restaurants that are offering delivery and takeout. If there's a way to support our community during these tough times that we haven't listed yet, email us to let us know! #WeGotThisSeattle

This event is in the past.

Online Across Seattle
Sun May 31 at 4 pm 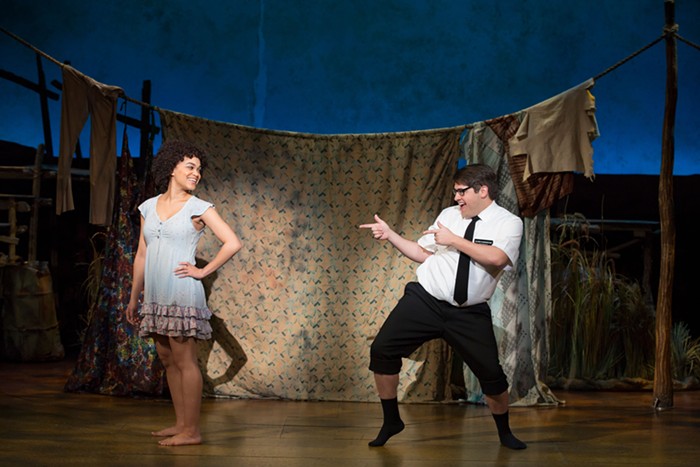 The Book of Mormon

Paramount Theatre Downtown
Through May 31

Online Across Seattle
Starts May 15. Fri

Buy tickets to events around Seattle

EverOut
Things To Do